Sports Massage is all about using massage for the benefit of all sports and exercise participants. It covers the management, manipulation and rehabilitation of the soft tissues of the body, namely: muscles, ligaments and tendons.

A sports therapist’s degree focused mainly on musculoskeletal whereas a physiotherapist has a more broader scope of practise and medical background, being able to work with diseases and illnesses ect.

Ear irrigation may be recommended if, after using ear drops, the earwax blockage persists. It is an effective way of removing wax from the external ear. And it improves hearing where impacted wax has built up.

In Suffolk Clinic, as members of the British Acupuncture Council, we practise Traditional Acupuncture, which is a holistic approach to health.

Reiki is a hands-on healing which is done using the universal energy. Reiki practitioners work on the 7 main chakras that are situated on the head, the brow, the throat, the heart, the solar plexus, the sacral and the root.

Chiropractic is the straight-forward method of adjusting the bones of your body to maintain the correct alignment of your spine and to ensure that the body's nerve supply works efficiently.

Homeopathic medicine is based on the research and observation of the 18th century, German doctor, Samuel Hahnemann. He hypothesized, like Hippocrates, 2,000 years earlier, that what a drug can cause, it can cure, which is the way of similars. 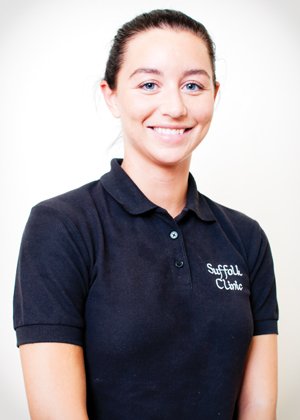 Rebecca graduated Coventry University in 2013, has been with Suffolk Clinic ever since. Rebecca has helped many clients over the years with Sports and Occupational injuries, and has a keen interest in knee and ankle injuries, as well as High Intensity Intermittent Training. Rebecca is a member of the Federation of Holistic Therapists and has additional qualifications in Dry Needling and First Aid. 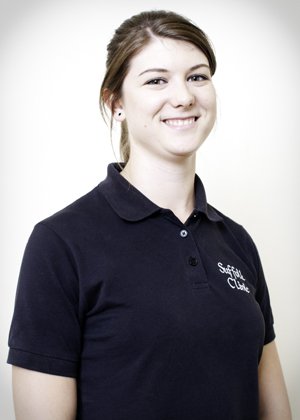 Bethan graduated Coventry University in 2014 and joined Suffolk Clinic later in the year. Bethan is interested in Functional Training and Gym work, and trains regularly herself. As well as working in the Clinic, Bethan is also Head Therapist of Rugby Lions RFC, and Coventry Dragons Rugby League. She has taken additional qualifications in Dry Needling, Sports Trauma Management, Wound Management and First Aid. Bethan is a Graduate Member of the Sports Therapy Association and a Race for Life Volunteer Marshal. 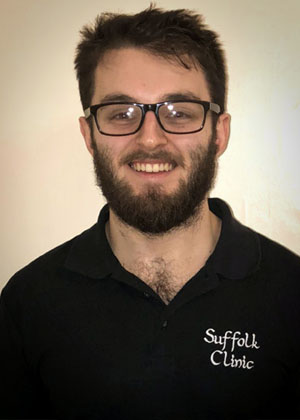 Jack originally studied Anatomy and Human Biology at King’s College, London, before undertaking a Master degree in Sports Therapy which was completed in October 2017. Jack officially joined Suffolk Clinic in January 2018, however he completed his total placement hours here over the course of 2017. Jack is interested in strength training and how it can benefit both elite and general populations. He is also the match day sports therapist for Stoke Old Boys RFC. Jack is a member of the Society of Sports Therapists (SST) and has additional qualifications in Sports Trauma Management. 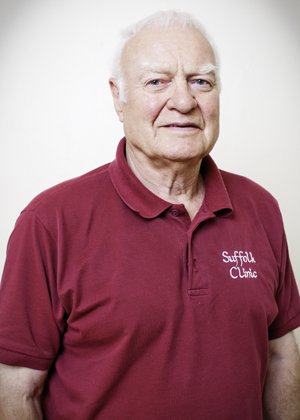 Roger Beresford started Suffolk Clinic in 1982, with a qualification in Traditional Acupuncture. Being heavily involved Sports at the time, Roger soon began treating Sports Injuries with Acupuncture, and is also a Director of Rugby Lions RFC in his spare time.